Labor Sonor—founded in 2000 by Gregor Hotz, Andrea Neumann, and Steffi Weismann to create a platform for new experimental music beyond established institutions—is a monthly series of concerts, performances, and video, now curated by Fernanda Farah, Christian Kesten, Andrea Neumann, Arthur Rother, and Derek Shirley in a small venue called KuLe in the center of Berlin.

Labor Sonor has become a meeting point for the vibrant and innovative music community in Berlin. It is one of the platforms for the echtzeitmusik-scene. echtzeitmusik means the field of ‘experimental’ music bordering new music, electro-acoustic improvisation, trash pop, avantgarde rock, noise, sound art, performance art, or electronica. The members of the echtzeitmusik-scene perform their own music, rather than interpreting the music of other composers or composing for others. These composer-performers work solo or in collective processes, mostly in long term collaborations.  The echtzeitmusik-scene gave birth to internationally recognized phenomena like ‘Berlin Reductionism’. Meanwhile its protagonists present their music on festivals like MaerzMusik Sonic Arts Lounge, Donaueschinger Musiktage, Wittener Tage für Neue Kammermusik, or Darmstädter Ferienkurse.

The book echtzeitmusik berlin. self-defining a scene (german/english; Wolke 2011) collects writings by 40 authors of the scene on its history, theory and praxis. The russian label Mikroton released a 3-CD-set compiling echtzeitmusik berlin. Since 2013 the british label another timbre releases The Berlin Series with works by echtzeit musicians.

Echtzeit musicians are part of an international network. In the past 18 years, more than 500 artists from 30 countries performed at Labor Sonor.

There are usually three sets on one night, each playing or performing for about 20-30 minutes. The shows are always on Mondays.

Contact If you want to perform at Labor Sonor or get some further information, please send an e-mail to: laborsonor[ @ ]echtzeitmusik[ . ]de
Please note that we have very limited programming and therefore cannot consider all proposals. 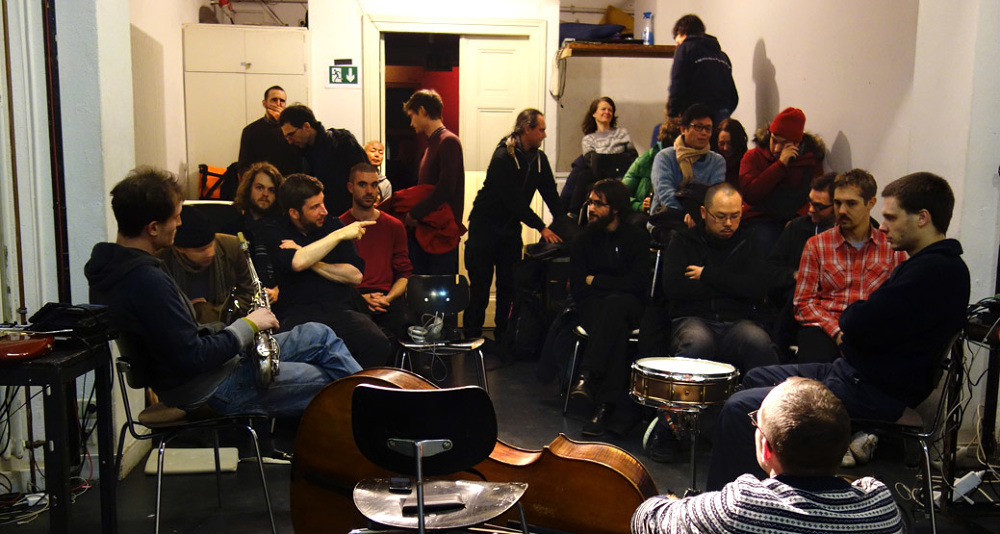